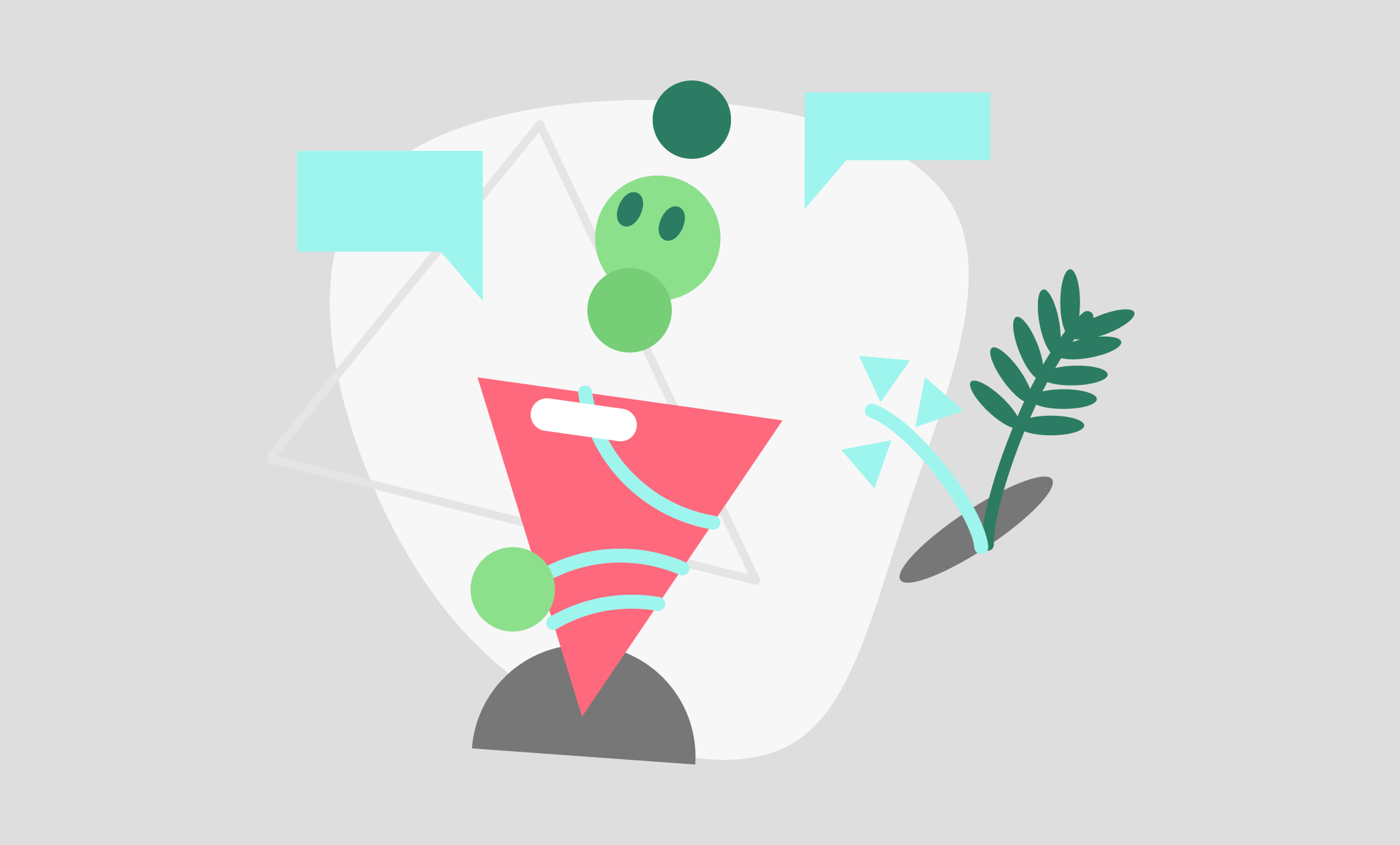 Psychology in UX Design: The Science of Making People Happy

Many people who are new to UX design get confused when they find out that knowledge of human psychology is no less important here than graphic design skills. The accent shifts a bit if we say “User Experience” design instead of “UX”. Experience is something that lies in the field of human feelings, emotions, reactions, — all that belongs to psychology.

It may seem that the most basic UX commonplaces, like “make the main button big and bright” is something obvious. These things are not just an established way of designing similar websites: they are based on psychological principles, discovered by scientists and proven with experiments.

In our design agency, we highly value design solutions that are built on the solid basis of interface design theory, UX design psychology, and user research. In the era of human-centered design, finding ways to make users happier is one of the most important tasks of a UX researcher.

You don’t need a UX psychology degree to understand the principles of UX design psychology: they are simple and often intuitive. Once you know them, your view of website design will be changed.

We will go through a few basic UX psychology principles that will help you understand why designers offer the solutions that they offer. Why do many websites look similar? Is it because designers don’t like to experiment? Let’s find out what UX laws tell us about it.

1. The Principle of Perpetual Habit. Don’t touch what works well

This is one of the basic UI/UX design principles. People get used to the same symbols, triggers, and behavioral patterns and feel frustrated when they can’t follow the beaten path.

What does it mean for UX design? It means that following an established page structure is the best. Let’s say, a designer decides to replace the traditional hamburger menu button (three horizontal lines) with a fun symbol. Yes, it may look cool from the point of view of the original design. But most users won’t appreciate this.

The principle of perpetual habit is one of the reasons why websites often have this uniform look: because people got used to it and forcing them to break their habits would lead to dissatisfaction.

This rule is simple and obvious, but for digital industries where people value innovation over anything, the desire to experiment with design is very high. UX designers have to resist this temptation unless they have proof that their target users would appreciate that “break in the system”. Psychology tells us that an average human is more conservative than an average product team member.

Imagine you are participating in a group study that checks your eyesight. You are shown three lines and asked which one is the same length as the fourth one.

You feel that the answer is simple until you hear that other people start answering “B”. You start doubting and trusting your eyes less and less. Afterwards you find out that the study was about psychology, not eyes. THe real objective of the experiment was to see how likely people are to conform with the majority. The study is known as the Asch experiment and proved that most people would change their opinion to conform to the majority.

This psychological effect is used a lot in politics, but there is a way to apply it to UX design, as well. Most companies put their former clients’ reviews on the landing pages, so that prospective clients feel that their choice is validated by other people who had a positive experience.

Some businesses put just a generic positive review along with a picture that looks pretty much photostock-y, but even this “evidence” works comforting on some basic level. Eleken steps forward from this approach: on our landing page, we put comments from Clutch, a review service, and videos from our clients telling their experience.

Have you ever found yourself stuck for five minutes in front of the shelves with jam in a supermarket, unable to choose out of 30 different jars? We should be happy to have that much choice, but instead, we feel quite drained after an hour in a supermarket having to make all those decisions.

The “too many jam” effect was discovered when psychologists put a degustation table with 24 tastes of jam in a grocery shop on one day and only 6 tastes on the second day. The study showed that people were 10 times more likely to buy jam when they had less choice, even though a table with 24 tastes initially attracted more people.

This phenomenon is also called “choice paralysis” and is widely used in both marketing and UX design psychology.

Hick’s law states that increasing the number of choices will increase the decision time logarithmically. In the world of digital products, where people consider 3 seconds page load too long to wait, too many choices may ruin everything. Users get frustrated and are likely to abandon the page without making a decision.

That’s why the golden rule of UX design is to keep menus as short as possible. The less frequently used parts can be hidden behind the “other” section.

4. Errors. To delete or not to delete?

Doing things wrong sometimes is a part of human nature, as psychology (and life) tell us. The objective of the product team is to make the product error-free, but even the best product team can’t be protected from mistakes caused by the users. These mistakes result in unhappy users, and that causes a problem for the overall experience.

What can UX designers do with people making mistakes? It’s impossible to avoid them completely, but knowing some psychology can help minimize the frustration and soften the negative effect. Here are some rules of error management in UX design:

Sending emails in an instant is great, but by sacrificing just a few seconds, users can prevent quite a few white hairs.

The human brain has two decision-making systems: fast, based on emotions, and slower, based on the results of rational thinking. Psychologist Daniel Kahneman wrote a lot about that, and much cognitive psychology in UX design is backed by his findings.

While many people would not realize that they rely on emotions in decision-making, the pattern remains. Sometimes, rational part of the brain would find reasonable arguments afterward to justify the fast emotional choices. Nowadays rational decisions are considered to be more reliable despite various biases of "rational" thinking. Logical thinking fits naturally into the product design process, but it’s important not to underestimate the emotional side of humans.

A large chunk of marketing and advertising tricks rely on emotions. How can we use them in UX design? The topic of applying cognitive psychology to user interface design is worth a separate article. Here are few elements that are used most commonly to evoke emotions:

You can find some examples of emotional UX design in our article on user engagement strategies.

At Eleken, we believe that emotions in design are like pepper: it’s good in small amounts, but too much spice makes the dish a disaster. In Habitspace, a lifestyle app for personal use, one of our objectives was to make the app fun to use: we added emojis to habits and used encouraging copy to motivate people to stay on track of good habits.

Close to emotions stands the "beauty principle". It is quite intuitive: people tend to trust more websites and apps that look beautiful, for example have attractive and clean design. Of course, a pretty look won't make up for poor functionality and usability, but combined with good product development it definitely adds up to the overall user experience.

This rule might not be the most intuitive. It says that out of the row of objects, people pay more attention to the ones that are located on the sides, not the central one. That is why most apps try to place the most important buttons on the sides:

Behind this fancy word hides a simple rule: among the range of objects people tend to remember the one that stands out better, let's say, by having a different color. That's how a classic pricing page is organized: designers try to drag users’ attention to the benefits of the premium version by highlighting it with colors and contrast.

This is what most of psychology in UX design is about: attracting attention of the user. Here are some other principles that are commonly used.

People are used to reading pages following an F-shape, fading at the downside. This pattern influences location of the most important pieces of information and visual elements: the best places are the top part and left side.

Here is a picture of an eye tracker capturing the reading pattern. If you want to learn more on how eyetracking and other research methods are used in UX design, read our articles on UX research methods and tools.

9. Colors. The strategy of making accents

When we think of drawing attention, colors are the first thing that comes to mind. The most common color schemes used in UX design rely on psychological principles of perception.

The accent color has to be bright and contrasting to the rest of the page. What is important, it has to be used in small doses, no more than 10%. Look at the top of this page. Orange accent color is only used for buttons and links.

These 9 principles are just the tip of the UX design psychology iceberg. And these rules should be treated only as assumptions: each decision has to be tested with users to prove right or wrong.

Want to learn more about how the assumptions are tested in UX research? Read our article about the UX research process! 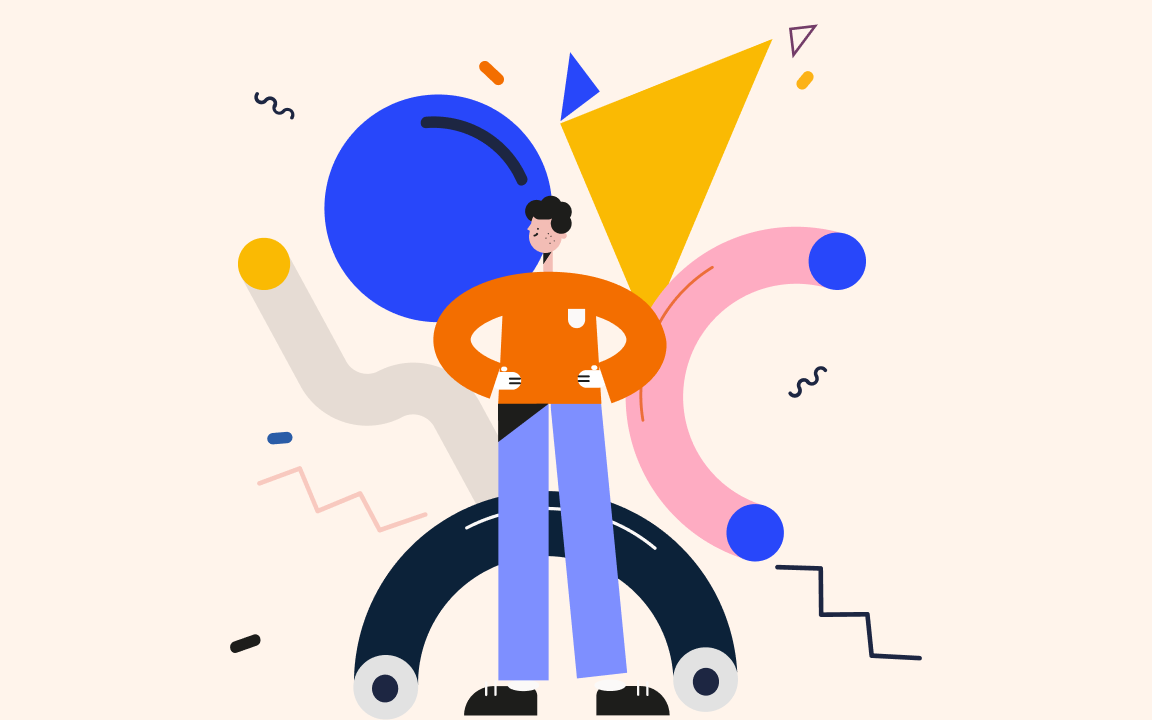 How to Become a Product Designer: Grow Your Career Successfully 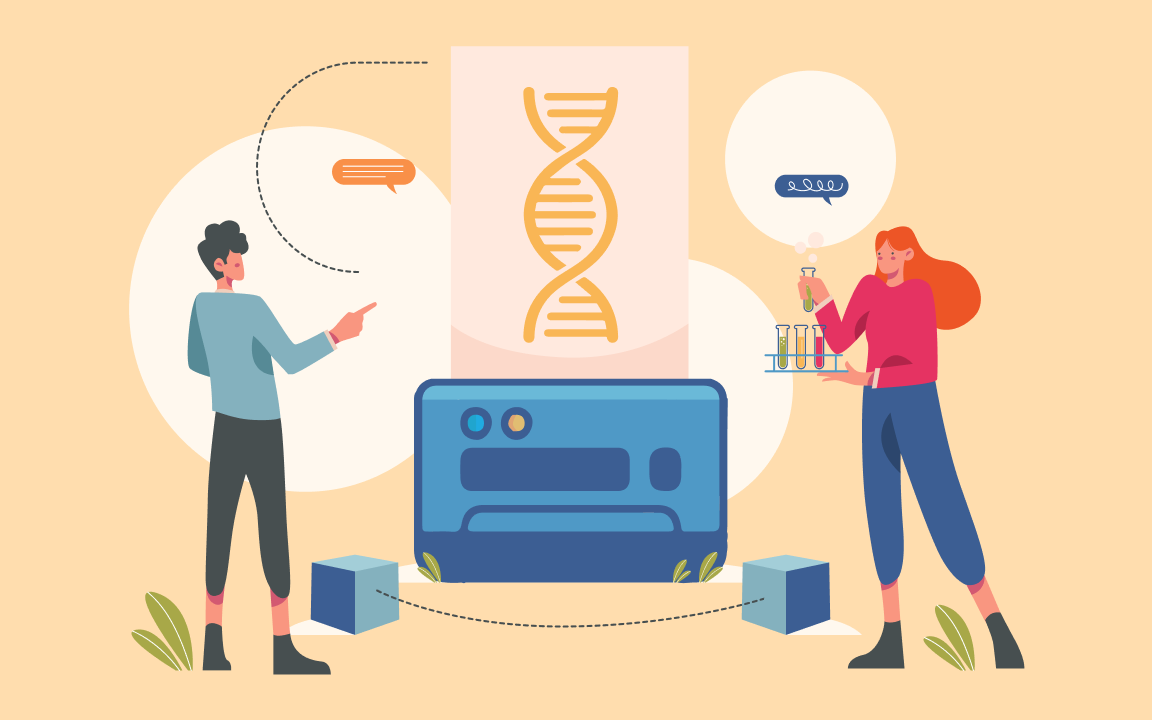 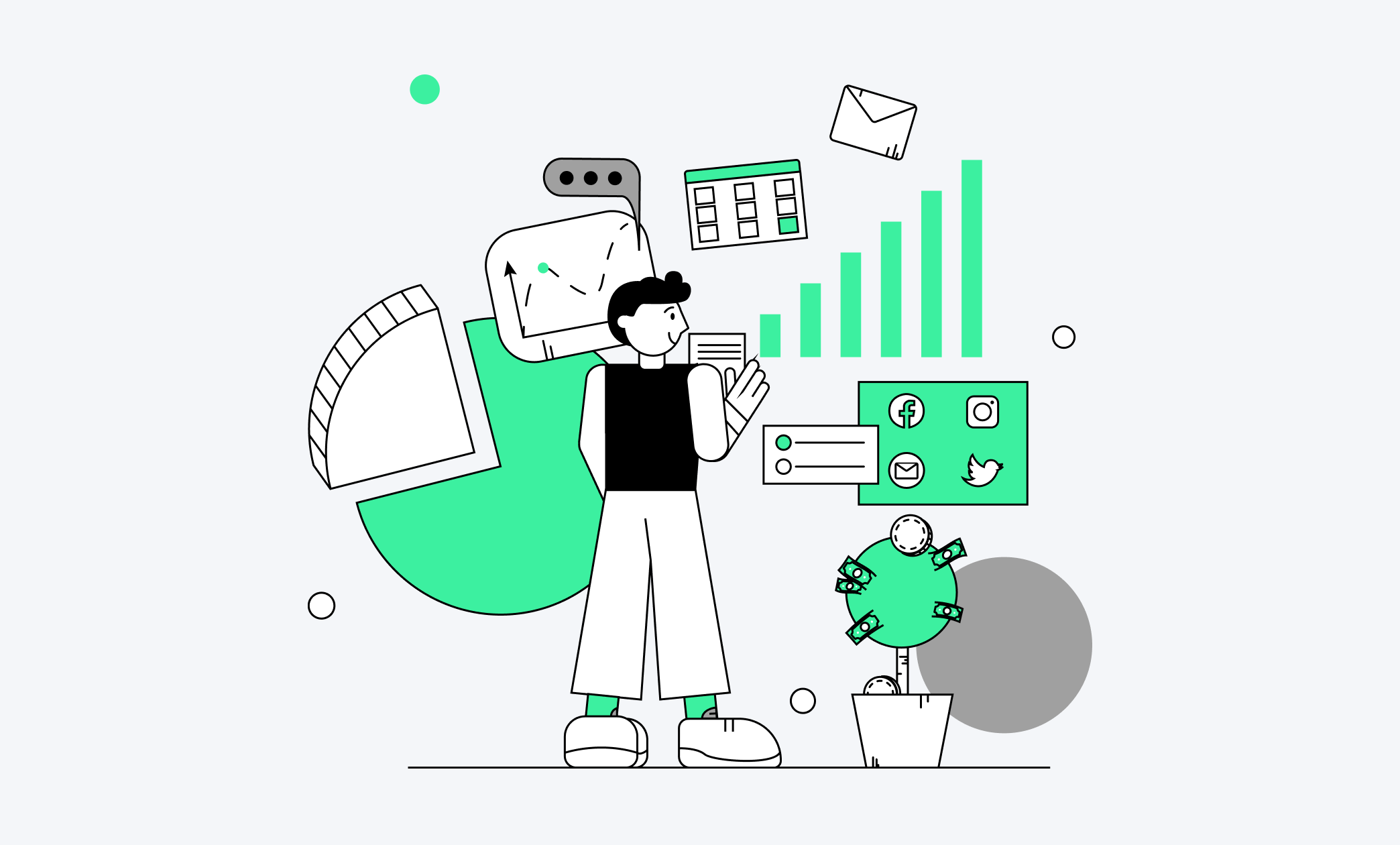