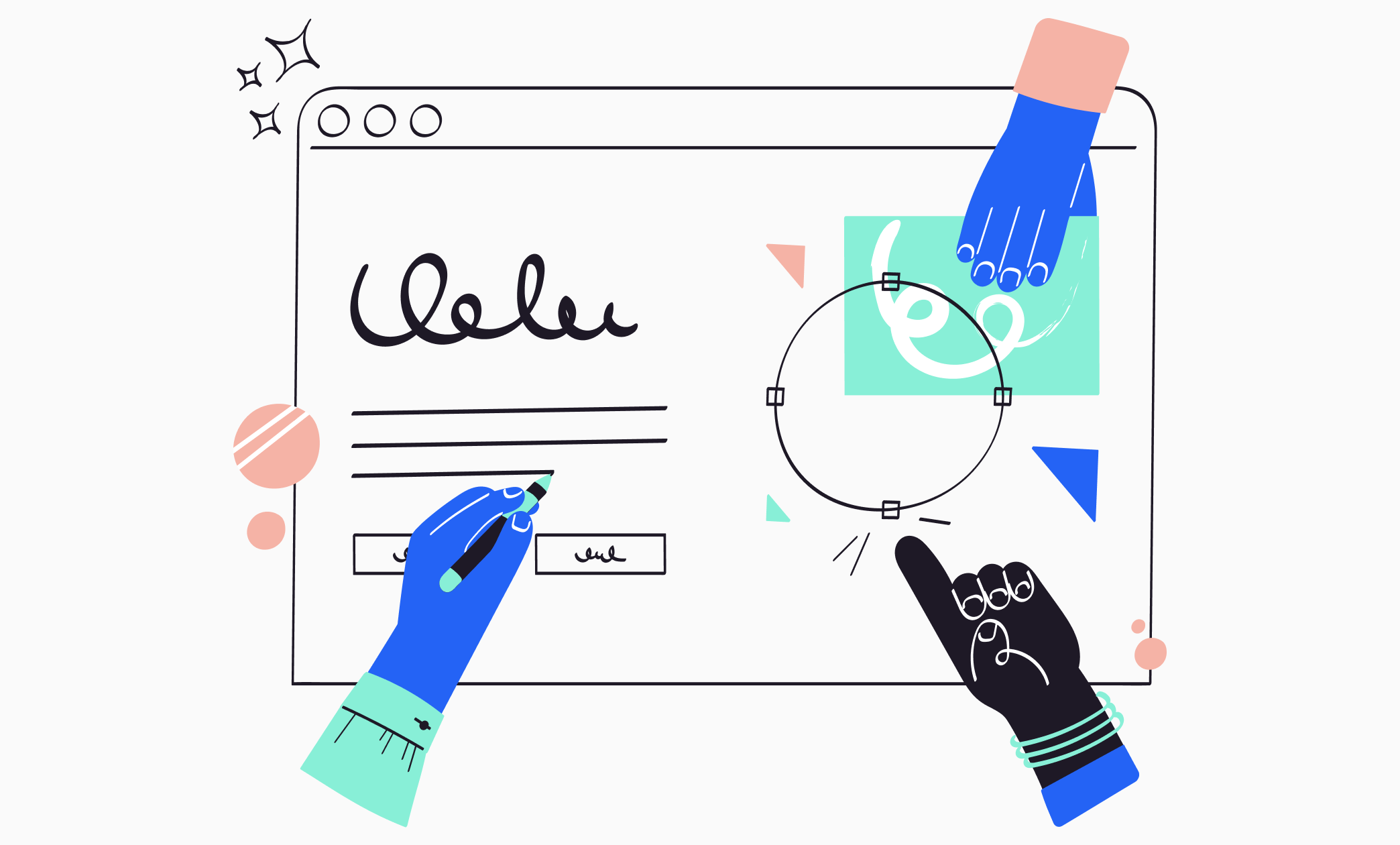 UI/UX Trends: Balancing on the Dizzying Path Between Unique and Usable

Two decades ago, in the year 2000, Jakob Nielsen declared that Flash design is 99% bad because it kills usability. What's being said between the lines is that everything that kills usability was bad.

Mr. Nielsen was the voice of a new trend that revolved as a reaction to the websites from the 90s — the ones with acidic colors, prominent blue hyperlinks, wild graphics, and all those amazing GIFs.

Web design took its very first steps back then. It wasn’t limited by user-centered principles, Nielsen Norman Group guides, or Apple’s flat aesthetic. First websites weren’t made for users, they were made for “pure art”.

No wonder that new UI/UX trends turned to simpler, cleaner, and clearer interfaces. In one word, minimalistic. Over decades of user research, designers figured out minimalism is what people want from interfaces. Jakob Nielsen’s voice was heard.

In the same year, in response to Nielsen’s minimalistic manifesto, Joel Spolsky wrote a little note stated the following:

“You get the feeling that if Mr. Nielsen designed a singles bar, it would be well lit, clean, with giant menus printed in Arial 14 point, and you’d never have to wait to get a drink. But nobody would go there, they would all be at Coyote Ugly Saloon pouring beer on each other.”

It was a voice of brutalism in web design, manifested 15 years ahead of its time.

A minimalistic movement encourages designers to simplify interfaces by removing unnecessary elements or content that doesn’t support user tasks. Google, Microsoft and Apple pioneered such simplification two decades ago, and since then, the UI and UX design world has gradually come to be dominated by minimalistic aesthetics.

Minimalism is very commendable. It helps users understand the content and complete their tasks, it looks polished and professional, it is a really good trend on so many levels that it’s no surprise this trend has become so… hmm… popular.

When we all have one recipe that works better than anything else, we naturally end up in an almost homogenized web. It was clearly felt, but not so clearly seen (for me, at least) until this tweet from 2018 by Jimmy Daly.

Jimmy is speaking about almost identical anthropomorphic illustrations top SaaS brands have, but you still can’t tell the difference between which landing page is which even if you forget for a moment about pictures. Look at those rounded sans serif fonts, black & white interfaces, rounded rectangle buttons.

App design blurs even more and becomes literally invisible: link is link, text is text, navigation is all the same and suddenly everything in your phone feels like one big white application.

Is it bad that our designs look like clones?

Not really. The product’s visual identity and junior designers’ ego may suffer. But for users, uniformity in product design is a good thing, because...

When people use their GPS navigators and banking apps or scroll through a long article like the one you’re reading, they don’t want to focus their energy on an interface. They want to focus on the job. And since they have dozens of apps on their phones, uniformity across everyday digital products helps to switch between them smoothly.

If you want to set yourself apart from the rest of the apps by unique design, consider the case of Snapchat’s redesign disaster.

In 2018 the company shocked its fans with innovative user interface design and unfamiliar navigation patterns. The reaction was not long in coming — you see the dramatic drop in consumer sentiment.

Close to a quarter of all downloaded apps are deleted after just one use. And annoying people with overloaded interfaces is not the best strategy to stay afloat, even for the brightest brands.

What is the best strategy is to spend designers’ time working on little touches that matter for user experience — like Figma’s animated onboarding or Asana's celebratory unicorns.

When minimalism is not enough

For a few months already, I’m struggling through Ulysses by James Joyce, probably the most challenging text I have ever read. The plot of the story is pretty elusive, buried under the layers of Greek myths, Irish history, Aristotle, Shakespeare, Dante, and 19th-century memes. Most of the time I hate this book. But in the moments when tiny dots come together in my mind, I’m the king of the world.

Sure, I don’t want all my life, or, God forbid, my apps, to feel like Ulysses. But there are situations when people want to be annoyed with some level of mystery and complexity. When they want to solve some puzzle.

Remember Morgan Freeman’s office in Bruce Almighty? That pure white sterile space recalls me of some bare-bones minimalist white websites. Brutalist web design came as a reaction to standardized visual design and spray-painted some punk stuff onto walls of minimalism.

Since 2014, the Brutalist Websites page has been collecting the brightest brutalist web design examples. Back then, these were personal portfolios of designers and coders who were tired of the mainstream.

In 2016, the Washington Post said that “the hottest trend in Web design is making intentionally ugly, difficult sites”. And that was the point when businesses started careful experiments with their interfaces. Digital agencies, creative media and fashion labels, all the cool kids turned their attention to provocative brutalist tricks — broken grids, random colors, ugly fonts. Some experiments turned out to be more successful than others.

In October 2017, Dropbox’s rebranding blew the collective mind of the worldwide designer community. The company was known for its design system that helps users handle files with minimal distraction. And suddenly it went wild with a plethora of colors and 259 (!!!) fonts. Sounds like lots of destruction.

The idea of rebranding was to change Dropbox’s positioning from being just a place to store files to being a workspace for creative teams. So the new design was speaking to creative teams. But it looks like the target demographic turned out to be more moderate than Dropbox expected because most of the feedback I’ve seen on the Web was negative.

You’d say that we can’t judge the effectiveness of a redesign by comments from the web, and you’d be right. But we have something much more valuable to consider — how the users behave in the redesigned pages.

The bold rebrand color palette negatively affected trust and clarity. As a result — a drop in several key metrics. So shortly after the makeover, Dropbox returned its pricing page to a more discreet design.

You may want a creative web page, and your brand may need a brighter identity, but any moves towards design diversity may decrease usability. And if you're in business for money, you can’t ignore users voting with their dollars against bad usability.

So current UI/UX trends are all about balancing on the dizzying path in between great usability and a brave outstanding brand.

Making fonts bigger and bolder is a very noticeable trend. Complex typography looks fresh and entertaining, it adds some spice to your design but doesn't usually impact its functionality and navigation performance.

UX is not an excuse for lack of visual identity. If you don’t want to dissolve your brand’s personality in standardized interface elements, you may come up with your own visual language, just like Miro did.

It all started with shapes that reflected the company's key values — spatiality, fluidity, agility, and distribution. Later, Miro incorporated brand shapes into all the UI elements. They use them as photo frames, backgrounds and illustration patterns, creating a recognizable look.

Moving away from white is a drastic change from minimalistic designs that makes your landing page stand out for users who go through hundreds of light-colored websites in a day.

Look at Zendesk's website. This one, in its 2018 edition, appeared in Jimmy Daly’s tweet as one of four identical websites with creepy illustrations. Since then, Zendesk differentiated itself with colors, and today you can barely mix up their page with any others.

Spice it up, but keep it functional

Latest UI/UX design trends are definitely moving from perfection to uniqueness, but it’s all about context.

If we’re speaking about a SaaS product, your first concern is making the app extremely functional and pleasant for the user to navigate. You probably want some experiments with a landing page that works as a colorful wrapper for your product, but be careful and check how changes impact your bottom line. More experiments with design probably make sense if you’re dealing with a personal portfolio of a website of a creative agency.

The main thing you have to remember is that any design should be usable, because if it isn’t, no matter how pretty it is, it is a bad design.

Eleken product design agency can help you with good design, great from the user experience perspective and still unique. 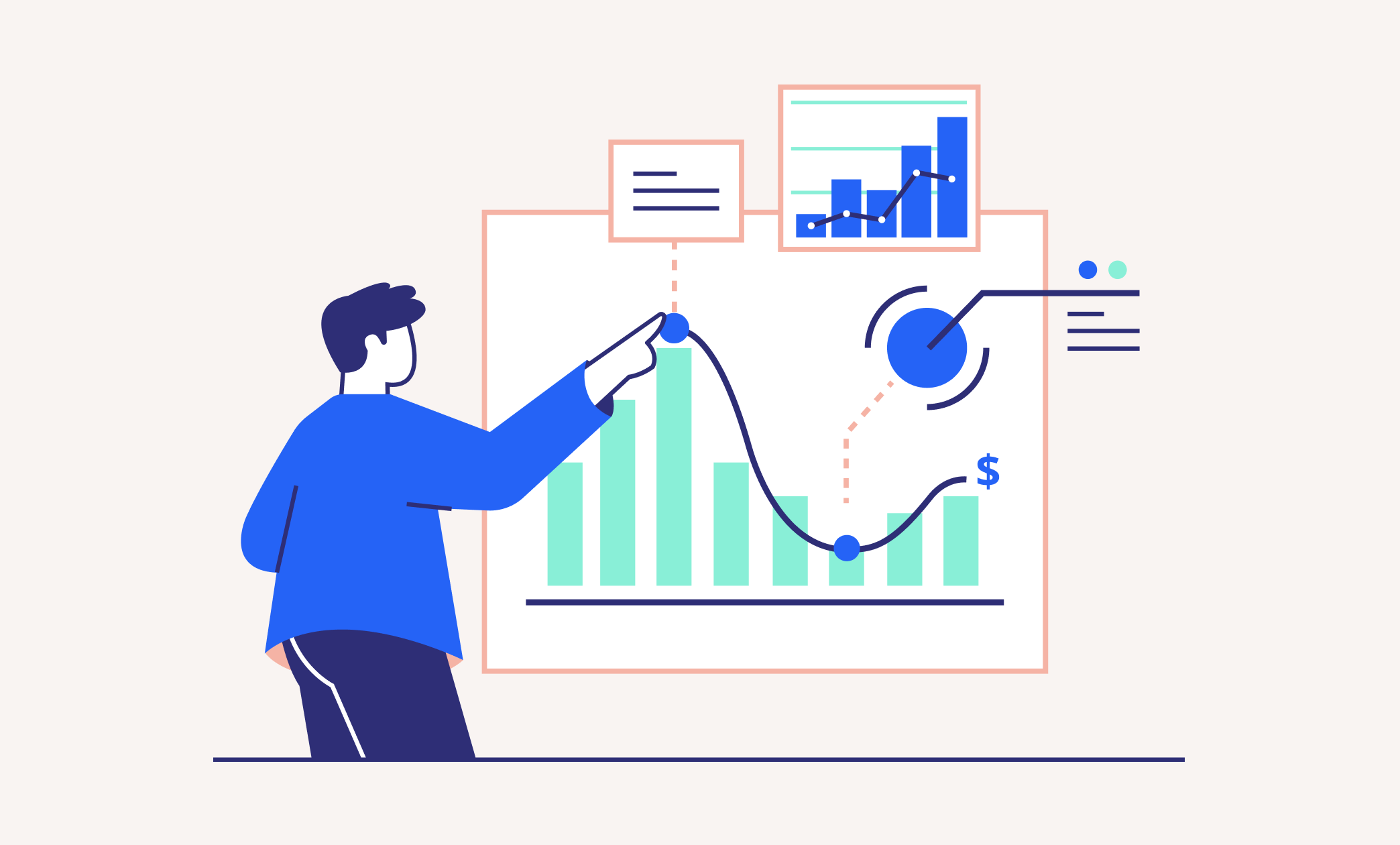 App Design Cost: What to Expect From UI/UX Design Vendors 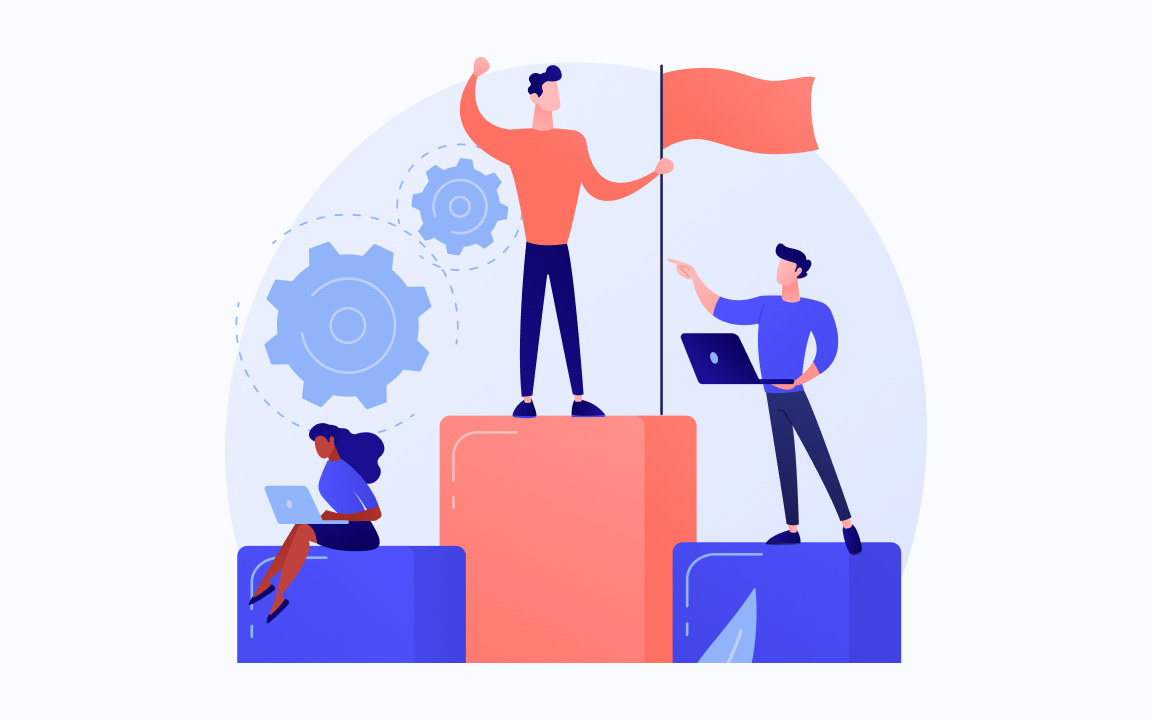 An Overlap! Or? Product Owner vs UX Designer 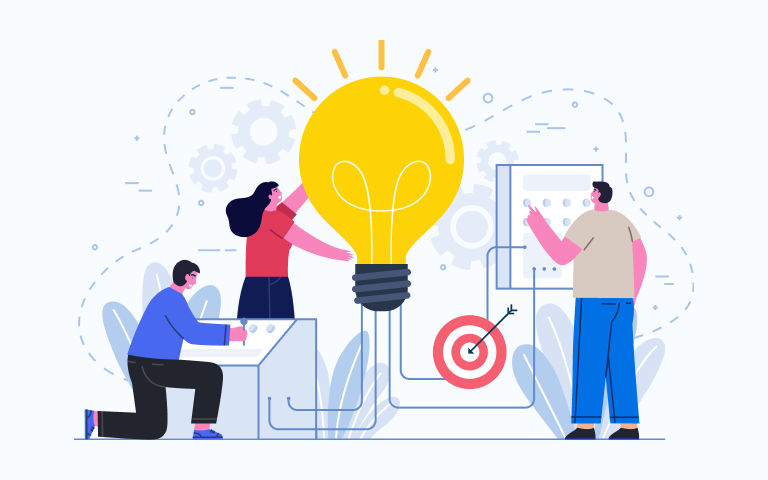 The Power of Aha Moment: What You Need to Make Users Experience It