Red Ocean vs. Blue Ocean. A Practical Guideline on Your Business Strategy 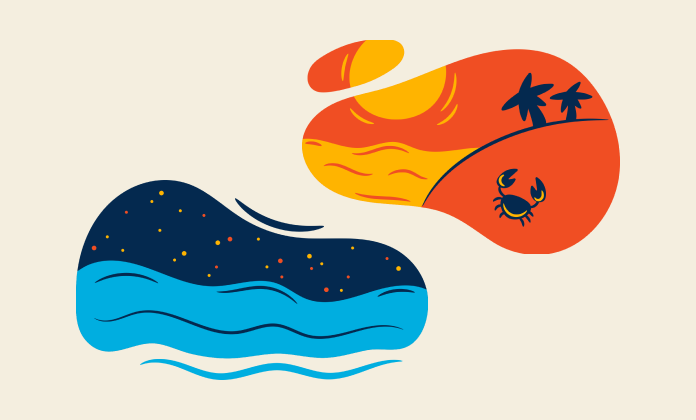 At first guess, the terms blue ocean and red ocean seem to have something to do with geography, biology, or even marine life. But in fact, they were introduced to bring some clarity to the types of market spaces, especially during a new project launch.

This concept of the blue and red ocean was first introduced by Renée Mauborgne and Chan Kim in the early 2000s. They published a book under the name Blue Ocean Strategy that was expanded and updated 5 years ago.

Based on real-life studies, the book provides insights into business strategies called blue and red oceans. The authors cover such fundamental issues as creating demand, facing competition, and even conducting market analysis.

The terms blue ocean and red ocean are actually indicating types of market spaces. The analogy with the natural environment demonstrates the characteristics of contrasting market environments. The blue ocean is the name for a newly discovered or created business, while the red ocean indicates an already existing industry.

To tell the truth, it is quite challenging to come up with the idea of a completely original and unique project. It seems that everything that could have been invented, is already there. That is why most SaaS rely on the red ocean strategy when entering a market.

‍Eleken has designed products for startups entering both blue and red oceans. We know what threats and dangers are awaiting a SaaS in oversaturated industries. But at the same time, we understand that being the first one to establish a new market space and build it up, is also a huge responsibility.

If you want to know what’s hiding in the depths of red and blue oceans to strategize the most efficient development plan for your SaaS solution, let’s look closely at both types of market spaces and see what they have to offer.

The main idea behind the names of blue and red ocean strategies is color associations. The blue color is calm and relaxing, it also symbolizes depth, stability, and even intelligence. For SaaS, such an environment is advantageous and promising, with lots of new opportunities.

On the contrary, red color is associated with strong emotions, such as passion, hate, and, of course, love. Such an industry is characterized by strong competition and tension, which makes it difficult for new SaaS solutions to coexist and compete with other projects.

Let’s get straight to business and compare red and blue ocean market spaces by analyzing their most crucial features.

What is a market space? To put it simply, it’s a unity of sellers and buyers who, accordingly, are purchasing or offering their products and services. For each product, the market space will be different, with its pros and cons. Knowing how the industry for your SaaS application operates, is essential for creating a successful development approach and reaching product-market fit.

The red ocean approach applies to the market space which already exists. It has its rules, patterns, and major players. If your SaaS solution debuts in such an environment, you have to adjust to it and try to push through your service. Examples are the smartphones or online messaging tools industries.

With a blue ocean method, you create a market by presenting a completely new and original project. Being a pioneer, you can establish all the rules for this market yourself and make it work for your benefit. However, as an explorer, you have to learn customer behavior, pricing models, and other meaningful things using the trial-and-error method.

Sometimes, the price for such knowledge can be high but as an innovator, you need to experiment, take risks, and, what is more important, be ready to lose. With more mistakes comes more experience, so, within a short time, you can become a professional player in your market.

For example, Eleken helped Handprinter, an innovative startup, to design their product and website. This company tracks the positive impact on nature and the environment with such little things each of us can do daily as choosing a bike over a car or planting a tree. In other words, the app visualizes your carbon footprint and motivates you to decrease it.

This project turned into an enjoyable challenge for the Eleken team. Handprinter started in 2013 but its visitors were not converting into users. Changing the design was rather risky because there were no templates or similar SaaS on the market. With our creativity and passion, we managed to improve customer experience and draw attention to the application.

Competition is one of the most significant characteristics of any market. You build the strategy, improve your solution, and even modify the price for your services depending on your competitors, their strengths and weaknesses. Finally, competition can serve as both stimulation and demotivation for your future development of the product.

Back to the color analogy, the red ocean method suggests that the market space is oversaturated with various products. Some of them may be of high-quality while others may fail to meet the demands of the end-users. Nevertheless, the choice is already big, and the red color signifies harsh competition coupled with tense conditions for your SaaS growth.

Zoom, for instance, has become the most popular video conferencing tool within a few months. Its history started many years ago, but this SaaS was mostly used by people in the IT-sphere before corona lockdown. Due to its simplicity and free service, the number of daily users for this product has risen more than 20 times already in March 2020.

Zoom’s story is a vivid example of the red ocean strategy. Despite resisting intense competition for years, this project drew the attention of its end users because it satisfied their major need: a simple and free of charge tool for holding conferences online. Therefore, Zoom managed to win the competition in a bloody red ocean.

If you are implementing a blue ocean strategy, the situation is quite the opposite. You introduce a new application and establish a newly-developed market space. Consequently, there are no competitors in the beginning. That is why you can play with your SaaS design, functionality, pricing freely, and do not have to follow any existing rules, because you are the first one to set all the rules.

The blue ocean market space is like a blank page, which can turn either into a disaster or success. You have to be careful with each step when introducing your product. Fortunately, if you are the only one in the market, it is quite easy to fix your mistakes and start all over again.

If your SaaS application makes its first appearance in the blue ocean type of market space, you are building demand from scratch. For sure, it is a very risky and uncertain thing to do. You cannot predict or foresee if targeted users will like the product or just ignore it.

Depending on how effective your service is, the demand will be either growing (and encouraging the emergence of similar products) or lowering (which means that your product didn’t meet the requirements of the particular market segment).

Once your SaaS solution is in the red ocean, you are exploiting the already-existing demand. This strategy tends to be safer as you can already look at both companies that succeeded and failed to learn from their experience. Moreover, you can even check their features and pricing plans to build your own product.

For example, Apple decided to operate within the red ocean market for smartphones and launched its first phone back in 2007. Despite a large number of competitors such as Nokia and Samsung, they managed to attract customers and offer the desired features and design. More than a decade after, each new model of the iPhone turns out to be a great success with unprecedented demand.

Now, let’s look at the examples of famous SaaS products that implemented both red and blue ocean strategies in real life. Both of the projects we will talk about are very successful, so we can learn from their decisions and approaches in different market spaces.

We can look at the story of iTunes — a product that marked a revolution in both musical and technical spheres. 20 years ago, we did not purchase any songs. What we did, was downloading music from the Internet, putting it on CDs, and, quite often, damaging both CDs and our media players as a result of such tricky manipulations.

No wonder that all these procedures did not make looking for music or listening to it enjoyable. Indeed, it took time, effort, and reliable friends to exchange CDs with. In 2001, Apple introduced iTunes — a service that has simplified all these processes and appeared to be an irreplaceable one.

iTunes is a great example of implementing a blue ocean strategy. It was the first product of its kind in the market: unreliable in terms of profit and with no analogs. Consequently, it was stimulating a demand itself as nobody could guarantee whether users will pay for such a service if they can download music for free.

With time, iTunes got new features such as playing audiobooks and connecting to special devices for listening to music such as the iPod. The product keeps changing itself to adapt to the new demands of the customers.

YouTube Music, probably the newest music streaming service was announced back in 2015. It seemed quite impossible for this product to compete with Google Play Music and other strong rivals such as Apple Music, Spotify, and Deezer.

‍Despite the harsh competition and saturated market, music streaming services were in high demand, so YouTube Music decided to give it a try. Additionally, due to millions of YouTube users, promoting their new project — YouTube Music was much easier.

Another interesting thing is that YouTube Music will merge with Google Play Music by the end of 2020. Most users of the last service will likely shift to YouTube Music because they can easily add their old records and playlists to the new application.

As with all the other products that are using the red ocean strategy, YouTube Music had plenty of examples of how to design the application, what features to offer to the users, and even how to build marketing strategies. Currently, this service already has more than 20 million users.

Both red and blue ocean strategies have their pros and cons. The secret to understanding which market space will be the most beneficial for your SaaS is knowing the needs of your customers.

If you know that despite large competition you can still offer a valuable and useful SaaS solution, you can enter the red ocean bravely and even learn from your rivals. Read our article for even more hacks and approaches to rock the red ocean strategy.‍

If you are sure that your brand new service with new analogs will hit the industry and create huge demand, dive deep into the vast blue ocean. Our blog-post on blue ocean strategy with more useful techniques and advice will help you not to get lost and survive in a newly-discovered market space. 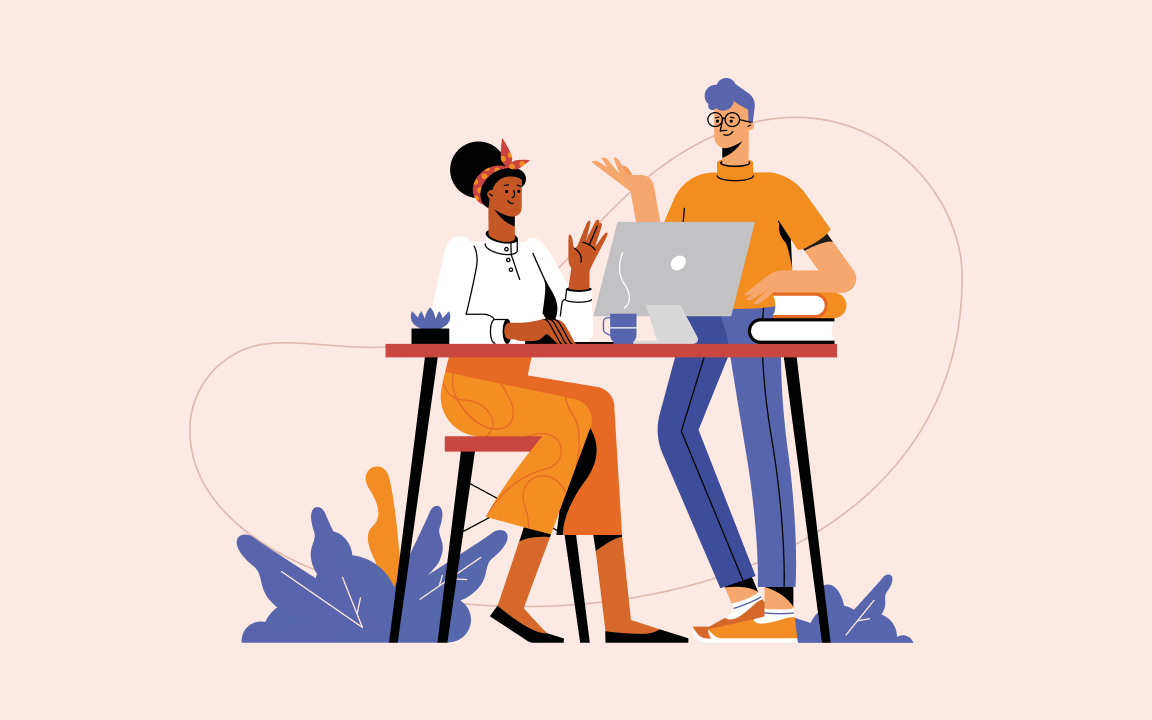 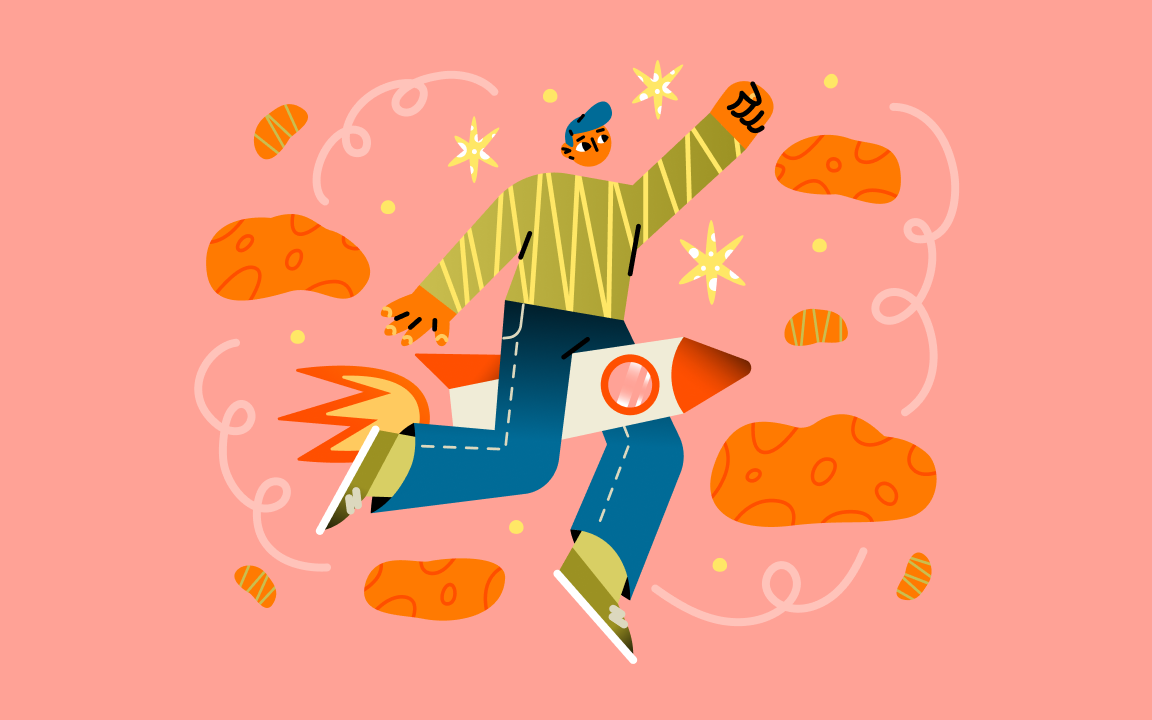 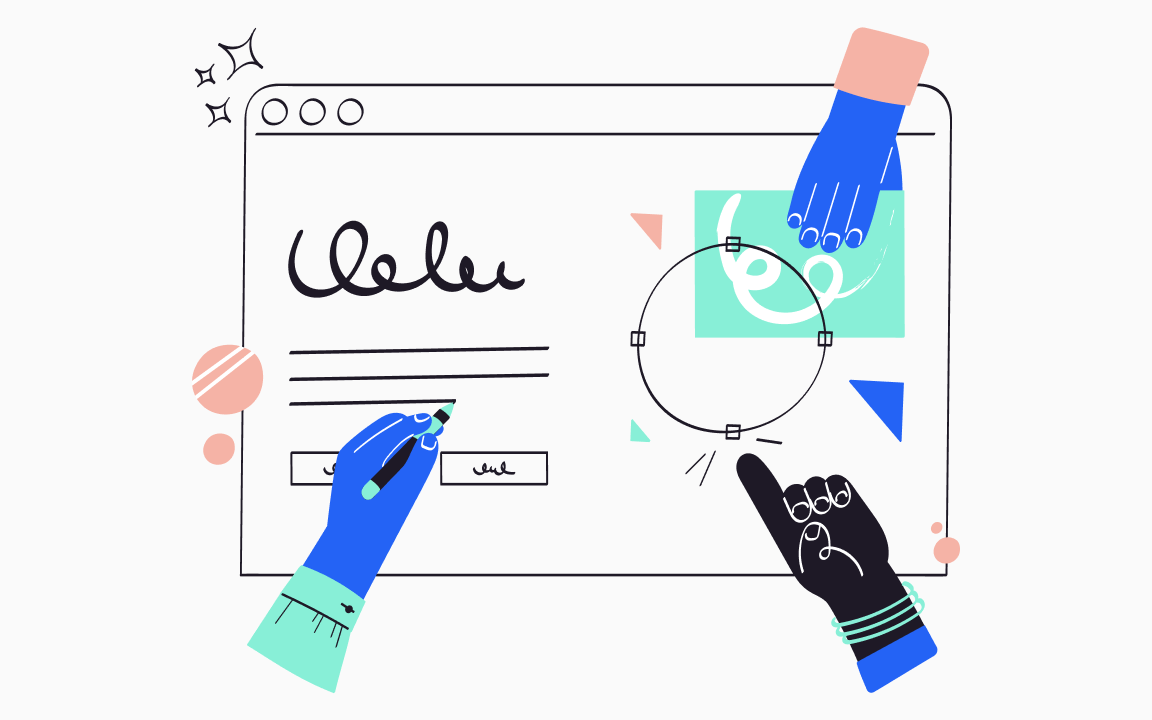 UI/UX Trends: Balancing on the Dizzying Path Between Unique and Usable