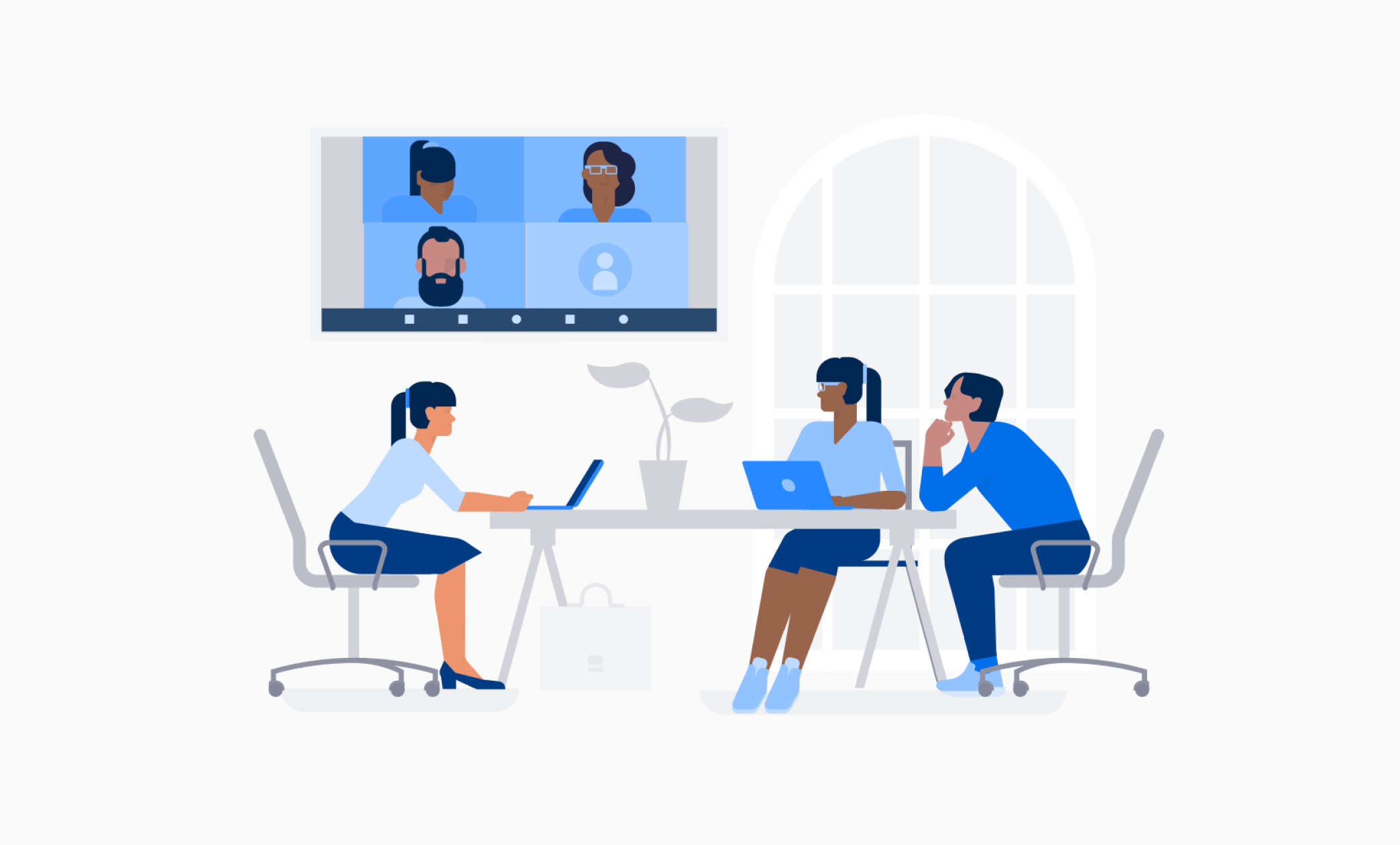 Google Meet Gets the Redesign We’ve Been Waiting For

The beauty of using a SaaS app is that you never know, when you close the app in the evening, how this app will surprise you the next morning.

Our latest weekly meeting at Eleken started in a shiny new Google Meet interface that has instantly refined the agenda from discussing tasks to discussing new bars and buttons.

It has been a year since we all shifted to online communication and video meetings, and now everyone has a story of a quarantine conference that went hilariously wrong. Just for the record — one out of 10 has now seen a colleague partially or fully naked thanks to the new ways of working.

Looks like Google Meet feels in some way responsible for our ragged peace of mind, poisoned by the year of remote work. Because their redesign is a response to the most common complaints coming from home offices.

"Hey, sorry, I'm back. I meant to unmute myself"

We don’t know who told Google that it was a good idea to put a hang-up button just in between the audio and video mute buttons (and make all three look exactly the same). I'm guessing it was a double agent for Zoom because there were no other interface features more annoying.

Now let’s appreciate the updated bottom bar wherein you won't accidentally hang up when trying to unmute yourself!

The end call button became bright red and moved on the right, away from the camera and mic buttons. I’ve found a few people on Twitter saying new buttons are anxiously small and close to each other, but overall this change was met with applause.

Also, you don’t have to move your eyes back and forth between the upper and lower bars anymore. All the controls are now being moved to the bar at the bottom of the screen.

The interface structure has improved. The elements are grouped by purpose. In the center are actions that relate to the call; on the right side are general and additional settings. All the content has become more holistic, even colors work better now — a dark interface helps to focus on the meeting making tiles stand out.

For a long time already, Zoom has had a bunch of features to camouflage your cluttered/embarrassing/illegal background noises and images. Google Meet now extends the range of its cloaking technologies to compete with Zoom on an equal footing.

The app now adjusts the light automatically, so that participants can see a bright picture of you even if you’re speaking from a dark cave.

Another promising feature is AI-powered autozoom, which is going to position you squarely in front of your camera even if you’re dropping out of frame.

Love it. Now when it’s your third meeting today and you slide down the chair
being curled like a shrimp, Google camera will slide down with you.

Video background replacement — I haven’t seen them yet in my updated version, but in its press release, Google promised us an opportunity to turn our messy room into a natural-looking classroom, a party, or a forest.

“Let me know when you can see my screen”

With the new Google Meet, you can finally see what you're presenting, so you know if they can see your screen without asking. The new feature also helps to avoid that awkward moment when all the team is waiting for somebody forgetful to stop screen sharing when the presentation is over.

Another helpful change in a screen sharing mode is that you can unpin your presentation to view it as a tile in the grid or a floating picture. You still can’t interact with content in the meeting window, but the ability to view the participants in addition to your own screen sounds promising.

It's cool that you can share your screen with any collaborative tool being opened to work together and still see the faces of colleagues —  feels almost like working side by side in a good old office.

"Do we have everyone here?"

Now it is more convenient to control what you see during the call.

No need to guess who just joined — the re-designed participant tiles help to see everyone, up to 49 people, if you zoom out in your browser.

The updated app also gives you more control over self-view. If you prefer not to see yourself, you can minimize or even hide your own tile. Looks like this feature has a lot of fans.

In Zoom, you can hide your self-view, and I always do it. Your own face distracts attention from what people tell you. So I love that Google added a similar option.

So what can we say about the Google Meet’s refresh?

Jen Aprahamian, Product Manager at Twitch, summarises the popular sentiment: well done, Google. We at Eleken agree with her.

Google updated its conferencing service to keep it competitive with services like Zoom, and refreshed its UI, giving it a neat look. Looks like everything worked out, but we all need to use it just a bit longer to see if there are any drawbacks.

Nice to have a free tool for calls that is no worse than its paid analogs. Actually, Google Meet won't be a free tool for very long now, but that's a story for another day. Now, let’s get back to work.

And if Google’s redesign inspired you to update your own app, remember that you can discuss your ideas with one little design agency that is very good at this sort of thing.