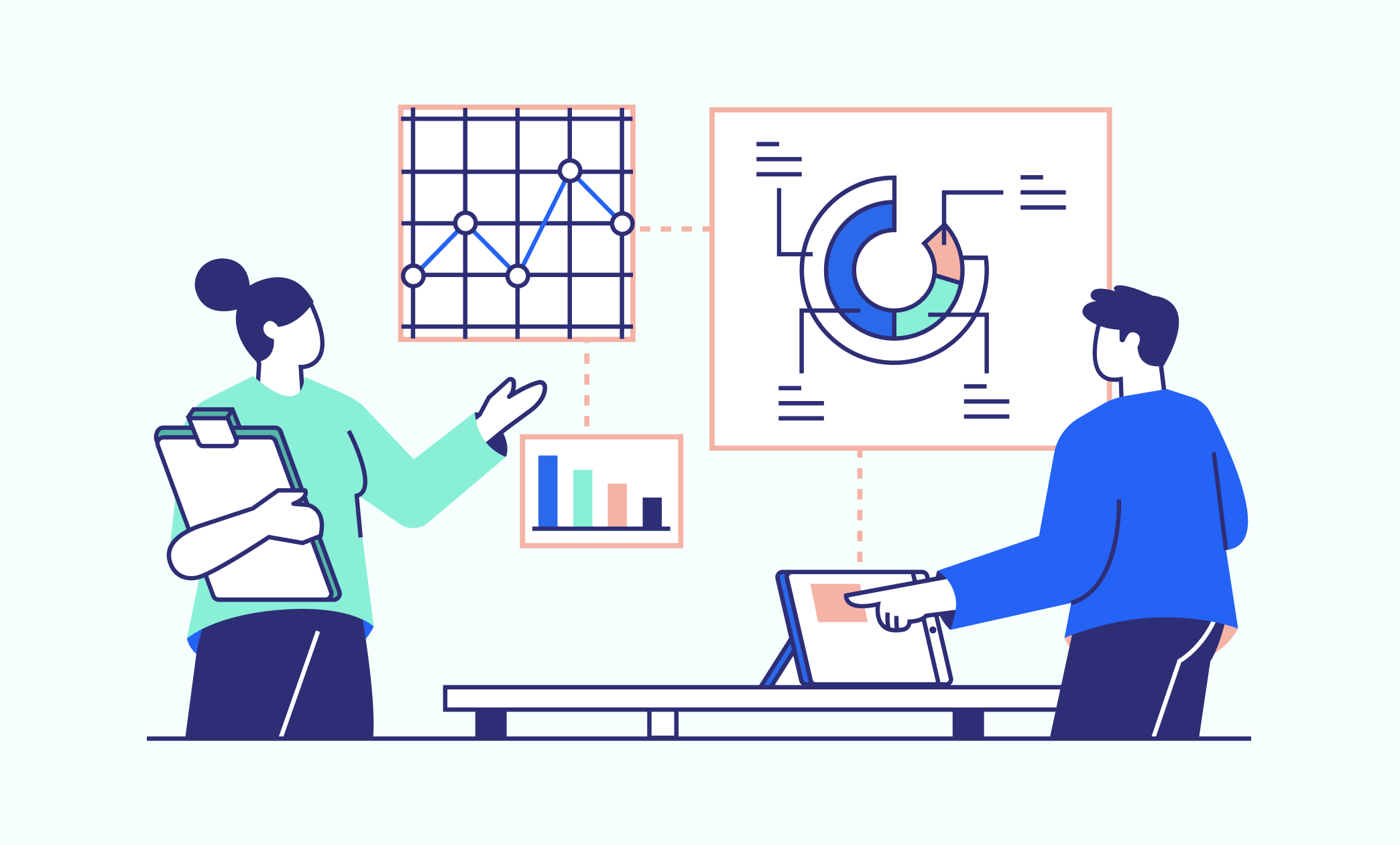 A Snapshot of 4 Hurdles to Fintech UX Design

Apple has revolutionized the computer industry. Uber has changed transportation forever. Airbnb made the same for tourism, but yet nobody has fixed bureaucratic thickets of finance. We instantly send messages overseas but can’t do the same with our money.

People struggle for financial services cheap and convenient, borderless and transparent, working as a one-stop-shop for all consumers' financial needs. There’s no way brick-and-mortar banks will provide humanity with stellar digital experiences. But why tech giants don’t fight for a chance to offer us such an opportunity?

Because the world of finance is not for the faint of heart.

Facebook tried to create Libra, a new global payments system to become a simple, low-fee medium of worldwide exchange. But the system does not yet exist because Libra hit some regulatory roadblocks in Europe.

Telegram has been also developing a new blockchain platform called the TON and a native cryptocurrency to open a new era of money. Now TON is over, because it got banned in the United States.

Improving the customer experience of a financial product is hard, but not impossible. Fintech startups prove that.

How fintech is disrupting traditional banks

If you can’t beat them, join them. And fintech joined. This emerging industry at the intersection between finance and technology eats into banks’ business while playing by the banks’ rules.

Like, people wanted something cheaper and faster than SWIFT for international payments. But using intermediary banks to get your money from one country to another takes a ton of time and resources. So Wise (formerly TransferWise) found an elegant solution — they allow people to make international payments but money never actually crosses any borders.

If you want to send money from the UK to a friend in France, you deposit the amount needed to Wise’s local UK account, and its local French account instantly sends money to your friend. Fees and delays minimized.

That’s the way fintech companies bypass bureaucratic obstacles so they don’t affect user experience. And there are more such obstacles you should be aware of when working on the UI/UX design of a fintech app.

An eagle-eyed visitor of Revolut’s website may notice that this “financial technology company that offers banking services” avoids calling itself a bank in all possible means. Instead, they coined wordy euphemisms:

You may think Revolut is just keen on staying out of traditional banking and its vocabulary, but the company just can’t call itself a bank.

Yes, it has been providing banking services since 2015. Yes, its banking services are better than those of most traditional banks. Yes, Revolut holds an EU banking license by the European Central Bank. But as confusing as it may seem, that still doesn’t make the company a bank. To call itself a bank, Revolut needs to be granted a UK banking license, as well as licenses of the other regions where they operate.

Beware that financial regulations, that are unique in any country you’re going to operate, set the rules for fintech apps’ information architecture, the words your fintech app can say, and services it may offer.

And by the way, regulations tend to change from time to time. You'd better track those changes.

Just like traditional banks, fintech startups also struggle with the demands of know your customer (KYC) and anti-money laundering (AML) compliance. Those are the procedures that inevitably affect customer journeys, and user experience designers should know how to handle the rigorous standards, yet maintain a solid user experience.

Onboarding best practices say we have to remove all the obstacles between new customers and the app. KYC policy says, however, that you have to verify the customers’ identity before letting them perform financial transactions. Now, how to combine those contradicting requirements in designed products?

It’s important to break up the registration steps into small chunks, helping people to focus on one task at a time. But Binance went even further trying to make the long miserable verification process more bearable for users. The cryptocurrency exchange came up with three verification tiers: Verified, Verified Plus, and Enterprise Verification. It works just like tiered pricing.

For private purposes and small amounts, the first level of verification is enough. It usually takes up to 15 minutes and requires users’ personal information, their ID, and automatic facial recognition. Fast and easy.

Only for large amounts and specific features, Binance bothers its users with proof of address, proof of income, and manual reviews.

Cybersecurity and UX design for fintech

Having a simple password is easier, right? Having a single simple password for all accounts sounds even better. That’s probably the reason why “123456” is still the most popular password on the web. Hackers give crowd applause for such a choice — it takes them 25 microseconds to crack that password.

According to the Boston Consulting Group, financial companies are 300 times more likely than other institutions to suffer from cybercriminals. So cybersecurity is one of the key concerns during the fintech design process. What complicates the task of security is that consumer behavior plays into the hands of hackers.

The more complex password requirements we make, the more creative users become in preventing those systems from getting their work done. “Security poses major design issues,” — says Don Norman, the godfather of UX. “Is there a solution? No, not yet.”

To prevent users from creating passwords that can be cracked in 25 milliseconds, when designing for fintech you have to make registration forms that don’t accept simple passwords. They deliberately increase friction for safety, but even so, there’s room for a user-friendly interface.

Instead of making people guess the password requirements by throwing combinations of letters, numbers, and characters at the wall until something sticks, you may create a delightful real-time password checker as Mailchimp did.

Get through a financial language

One study has found that the readability of most banking sites is worse than the readability of protomodern Herman Melville’s 1851 novel Moby-Dick; or, the Whale. For the record, it is the story of 19th-century whaling, full-packed by symbolism and literary references, with a lexicon of over 20k unique (partly coined by the author) words.

And that’s most banking sites that beat Moby-Dick. Some exceptional financial institutions seek to compete with "Ulysses" by James Joyce for the title of the world's most difficult-to-read text.

Communicating complicated concepts in human terms is one aspect in which fintech app design can easily top old-school banks. That’s what we’ve learned recently when designed a budget app for our client Habstash, and here are some pieces of wisdom we took away from this project:

Fintech is not for the faint of heart. It poses many hurdles for designers and developers. But still, fintech is booming and disrupting traditional banks in every aspect of their business from payment services to corporate lending.

In 2022, fintech investment growth will go even faster. It is expected to reach US$310 million, and that’s in time of a dramatic fall in investments due to lockdowns and restrictions. What is it if not the best time to dive into the turbulent waters of fintech?

We at Eleken love challenging fintech projects just because they are so challenging. So if you’re in business and need UX design for banking app, drop Eleken UX design agency a line. 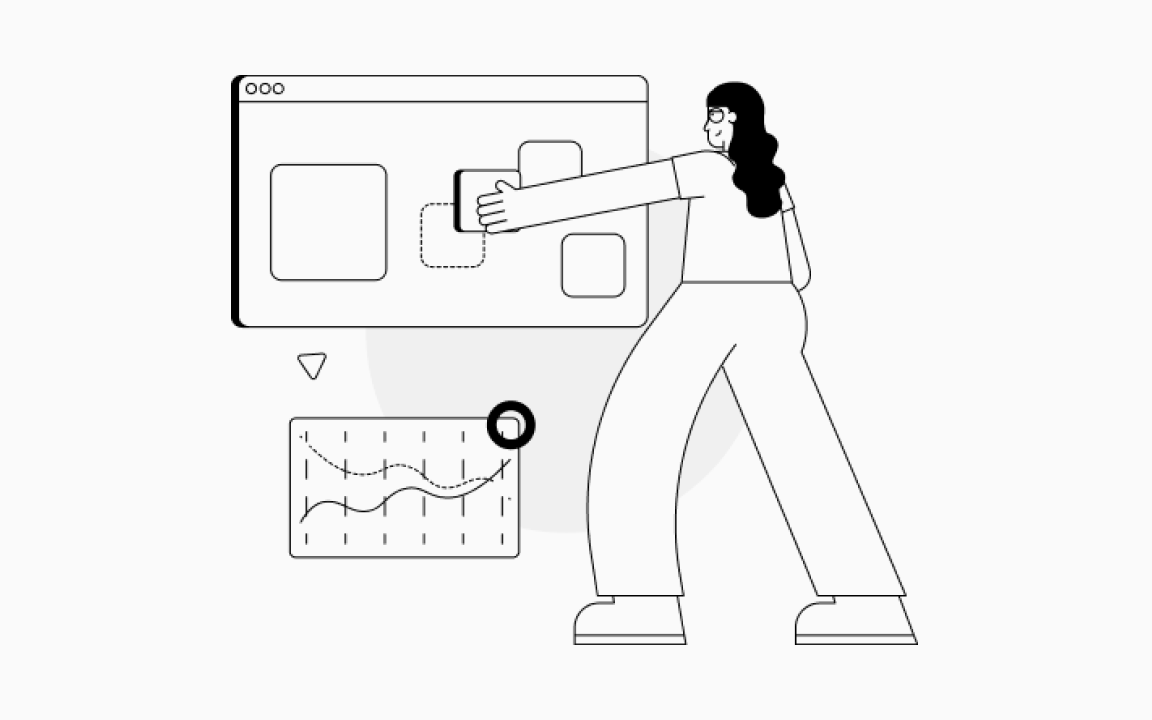 CRM Design That Improves Customer Relationships: What Does It Look Like? 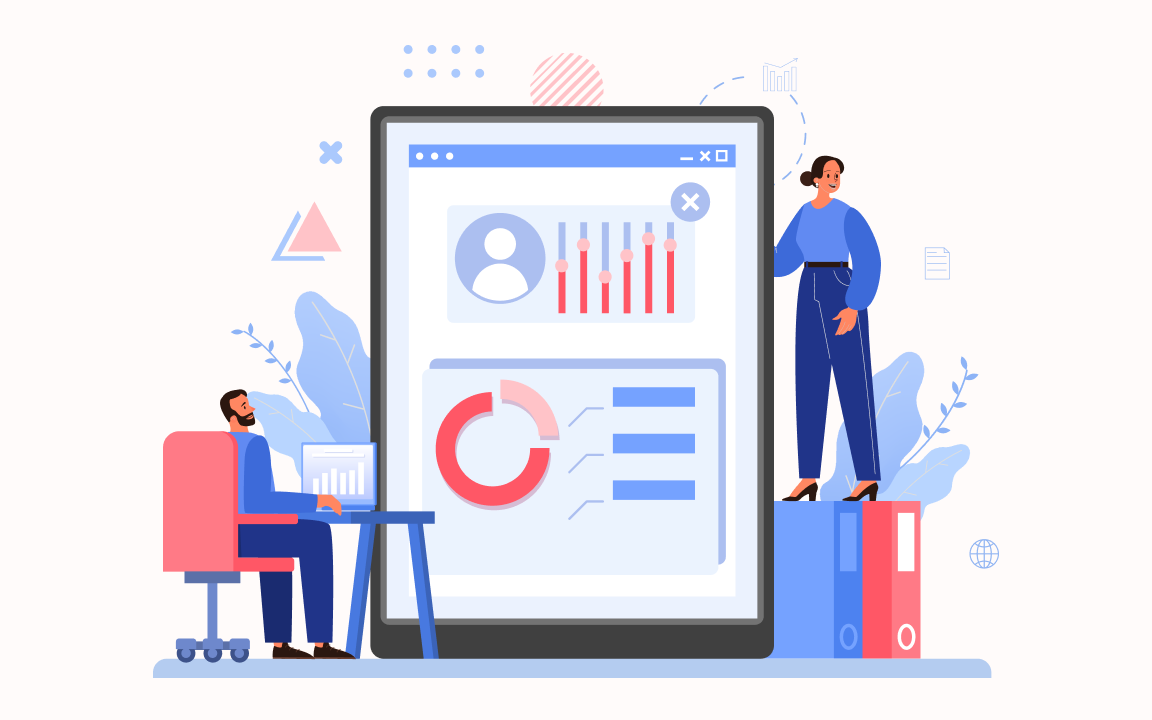 Understanding Lean Product Management and How It's Applied to Product Design 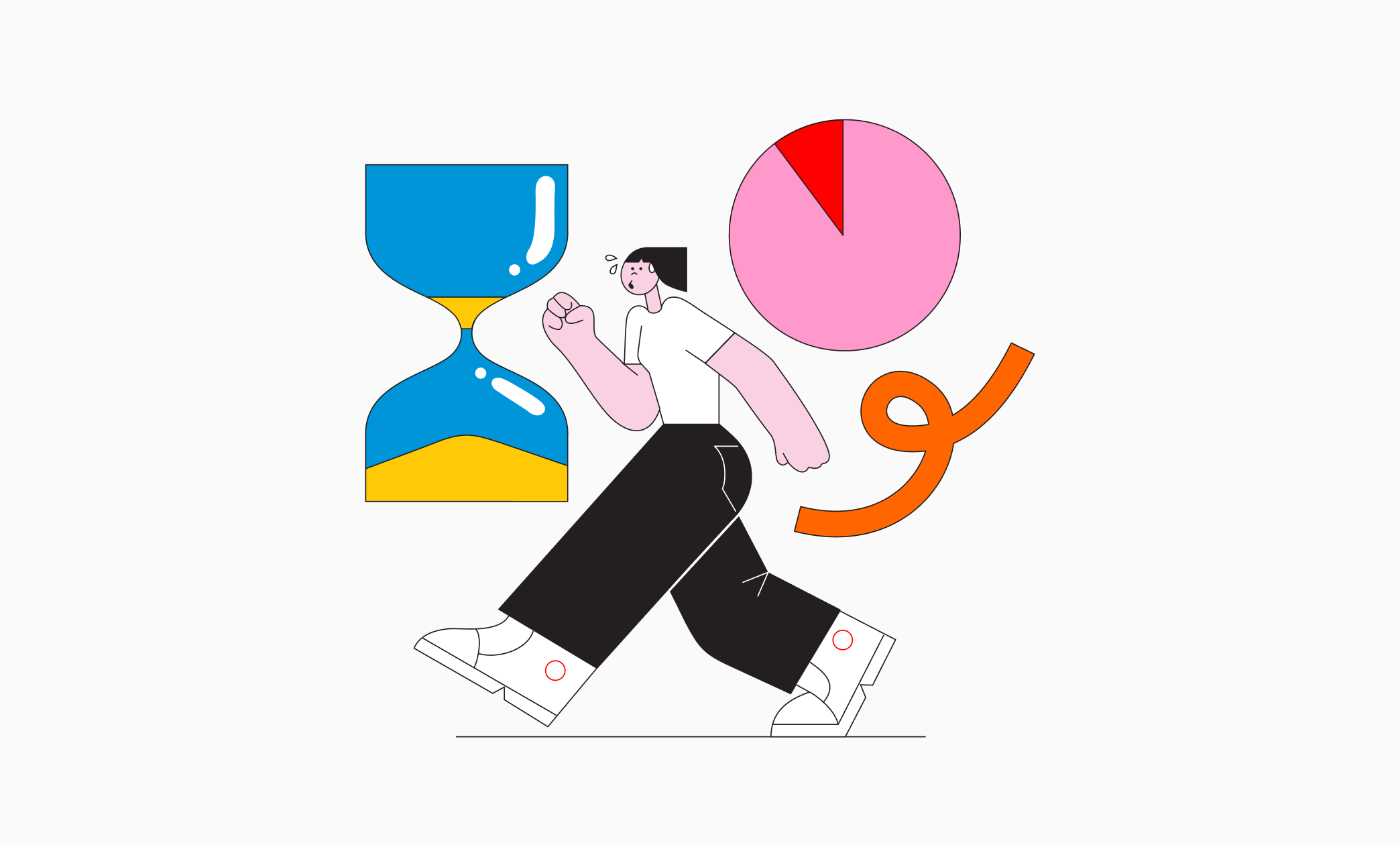 Time Tracking App Design: How to Make an App That Increases Productivity