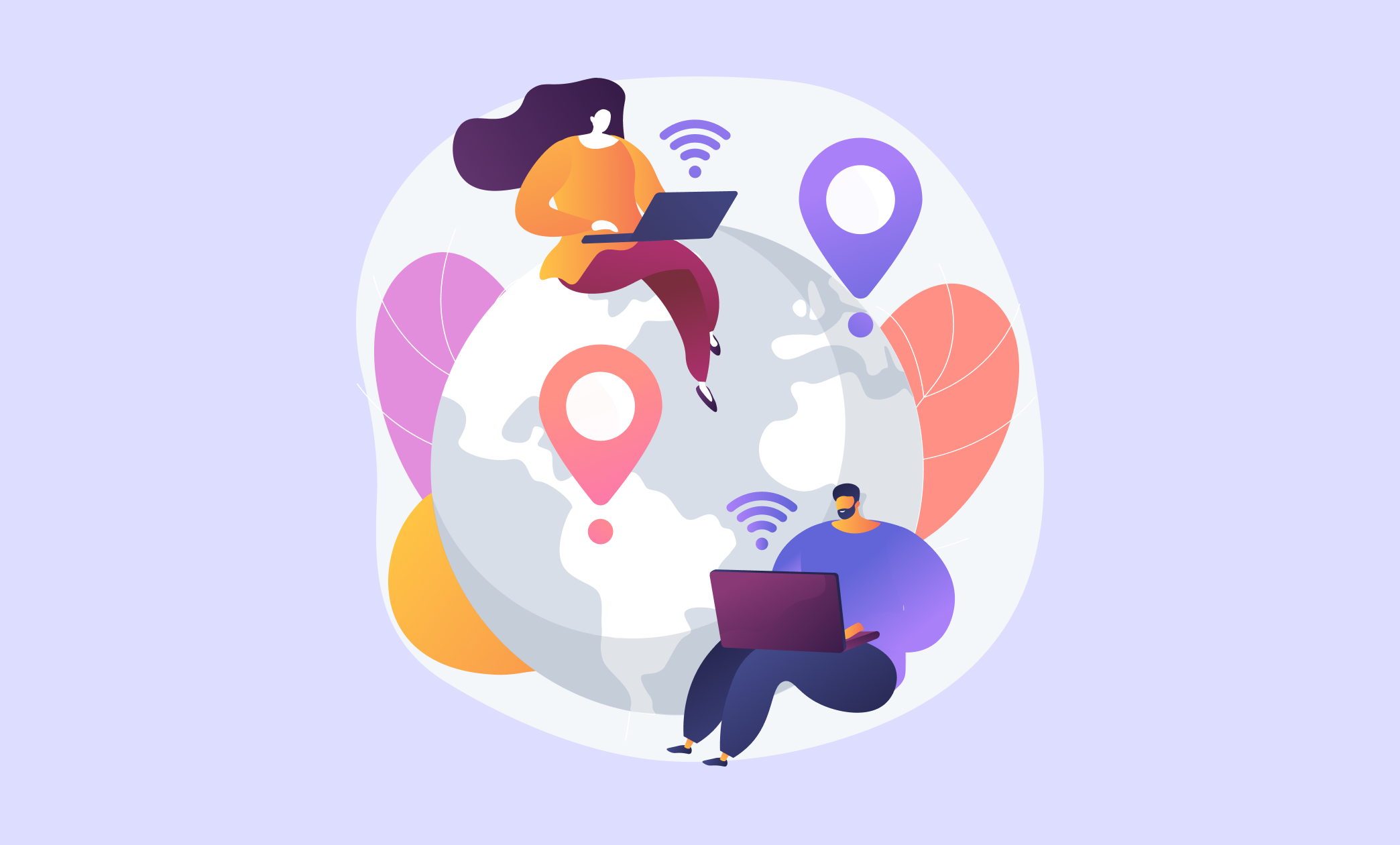 How to Become Extremely Successful in Designing With Remote Teams

Gallup, an American analytics and advisory company, surveyed employees who worked remotely during pandemics and figured out that only 9% of respondents want to return to offices. 54% say they would ideally split their time between working from home and in the office; 37% want to stay fully remote.

But if you want to see people who really love remote work, you need to look at Eleken UI/UX agency.

We’ve been working with our clients remotely for seven years already. Two years ago, as the pandemic started, we got rid of the office and went fully remote. And recently we ran a survey similar to Gallup’s, to figure out how the team feels about the current working conditions. What a surprise the result was.

Many surveys show that bosses want workers back in the office after the pandemic. For instance, a global study released by the Future Forum shows that executives,  who work remotely, prefer returning to the office three times more than employees.

But it’s not Eleken’s scenario. It was a good year for the agency, so our boss doesn’t mind if we continue working from our couches if we want.

In this article, one little poor content writer figures out what’s wrong with all the Eleken people. So keep reading if you want to know:

The shift to remote work inevitably reveals some misunderstandings about tasks or requirements due to the lack of context and details. So you have to detect such holes in your workflow and fix them to make everything work smoothly.

Adding structure means coming up with standard algorithms of how designers investigate, brainstorm, collaborate in teams, or work apart. It’s like putting more columns so your design process doesn't fall over.

That was the piece of advice from big teams with design processes so heavy, that they risk collapsing under their own weight. But if you are starting to design with remote teams, you probably start small. So, here's some other advice for you from a small design team: remove the irrelevant structure.

If you zoom in to look more closely at the structural columns you already have or are going to have, you’ll notice that some of them are irrelevant in a remote mode. You can get rid of them painlessly for the sake of flexibility.

For instance, we at Eleken revised our design requirement gathering process and cut some elements out of it.

Classical requirement gathering demands agencies’ clients to fill in a standard brief that causes suffering for everyone involved. Clients have to devote time and effort to write down answers to abstract questions. Designers then have to find the grain of truth in those abstract answers.

A client brief is not the shortest way toward finding some common ground between a client and an agency. The shortest way is a conversation, so we abandoned briefs in favor of in-depth client interviews. Interviews that we have all saved thanks to Zoom’s beautiful recording function.

When we got rid of excessive bureaucracy it turned out that project management is another unnecessary structural pillar. So now we don’t have project managers anymore — designers communicate directly with clients and their product teams.

The remote working boom, along with the consequent rapid growth of collaboration tools, actually worked to the advantage of design communication. One single point that changed for the worse is that working remotely requires you to read minds.

Imagine, you are a designer waiting for feedback, and you see that “typing…” bubble on your screen. Your client or your boss writes something and it feels like eternity. It takes only a few seconds in reality, but still enough to start thinking about mistakes you possibly made or requirements you probably missed.

Use emojis when giving feedback

Our designer Kseniya says that during online communication she can’t rely on facial expressions, body language, or tone of voice to tell her which way a conversation is about to go. Even when she gets some feedback in Slack, it can be hard to interpret it, since you can’t read the person’s intonation. Did this “OK” mean everything is fine or was she mad at me? Did this “thank you” mean they are not impressed or everything is fine?

Kseniya recommends using emojis to compensate for emotional misunderstandings in written feedback: “Our design director does a good job explaining in detail what we’ve done wrong or right. And he always adds smiley faces that clarify his attitude.”

Choose a single source of truth

In big remote teams it often happens that designers get different kinds of feedback from different colleagues. Customer support alerts about bugs after a recent update, the marketing department wants a new feature, and coders say the design is impossible to implement before a deadline.

All those mixed signals come simultaneously and can drive a designer crazy unless you have a procedure of bringing all the requests together and prioritizing them using an Impact/Effort matrix, for instance.

When we were redesigning an app for Acadeum, we used such a matrix together with the client’s product team and the following roadmap was arranged according to the chosen priorities.

There’s a temptation for a designer to hide in their UI/UX cave together with all the wireframes and mockups and never show up until a pixel-perfect design is ready. Needless to say, it’s a wrongheaded strategy. If a designer made a mistake that nobody noticed at the early stage, it would be super-expensive and time-consuming to re-do everything in the final phases.

Maksym, Eleken’s Design Director, says it’s crucial for a fast and efficient design process to get feedback from our clients as frequently as possible. Sometimes, even several times a day. It’s the only way you can be sure you’re moving in the right direction.

When co-located, the crucial moments of the design process emerge organically. This can be as simple as sharing a new idea in an elevator or discussing user personas over lunch. With a remote mode, you need a bit more effort to make small talk.

Productivity in any workplace depends on predictability and structures. The efficiency of remote teams often suffers due to a lack of rhythm. Establishing and sticking to a regular meeting schedule helps to stay in shape and track your progress.

We at Eleken, for example,  create a working rhythm with weekly team calls, where we discuss how things are going, share plans for the future and roadblocks from the past.

Teamwork is not only about project planning and feedback gathering. It’s also nice to have a little place for memes and chit-chats. Eleken is a remote-first company, and since Slack became our virtual office, it also has a watercooler spot.

Just like Zoom made design communication irreversibly remote, Figma and other remote design collaboration tools made the same for the design process itself.

You can’t really appreciate what Figma did for interface designers unless a decade ago you tried to send numerous .psd files by email.

Oops, impossible to attach, your file is too big.

Figma makes remote designers’ collaboration a piece of cake. It’s a cloud-based tool, so all the files are held on the web, they don’t take up space on your computer and allow you to work on them collectively. All your team members can edit a single file simultaneously, and the changes will autosave.

Remote designer-developer collaboration also became easier. Figma works on all devices, in all browsers, so developers don’t need to install anything when they have to check the design out. Moreover, they can extract code snippets from any design element.

Sticky notes sessions and other fancy design-ish on-site stuff got replaced by online whiteboard tools like Miro and Figjam.

Figma has a tool that makes you clickable prototypes. Next, you can use Maze, for instance. Maze drags your prototypes directly from Figma, tests on real people automatically, and sends you results.

In its purest sense, UI/UX design is about visual problem-solving. It means that communicating design boils down mostly to sharing pictures.

Sharing pictures is convenient in a chat, where you can attach a screenshot. It works perfectly in a video call, where you can show your screen. Even people who work in different time zones can discuss designs pretty well by recording screencasts with comments.

Find your perfect cloud toolset, and your design team will never want to work from the office again. Here’s what says Aleksandra, the UI/UX designer at Eleken: “Even if we were sitting in the office next to each other, we’d discuss designs on Zoom instead of staring all together at a single screen.”

Without further ado, here are the Eleken team's favorite tools for UX research:⁠

To sum things up: How can design teams work remotely?

Designing with remote teams, in-house or contracted, sounds like a good idea. We at Eleken actually believe that small design teams and remote work are meant for each other:

Want the Eleken design team to become your design team? It's easy to do, you know. Just drop us a line. If you feel like doing some great SaaS stuff with us but are still unsure if we’re a perfect match, we can give you a free three-day trial. 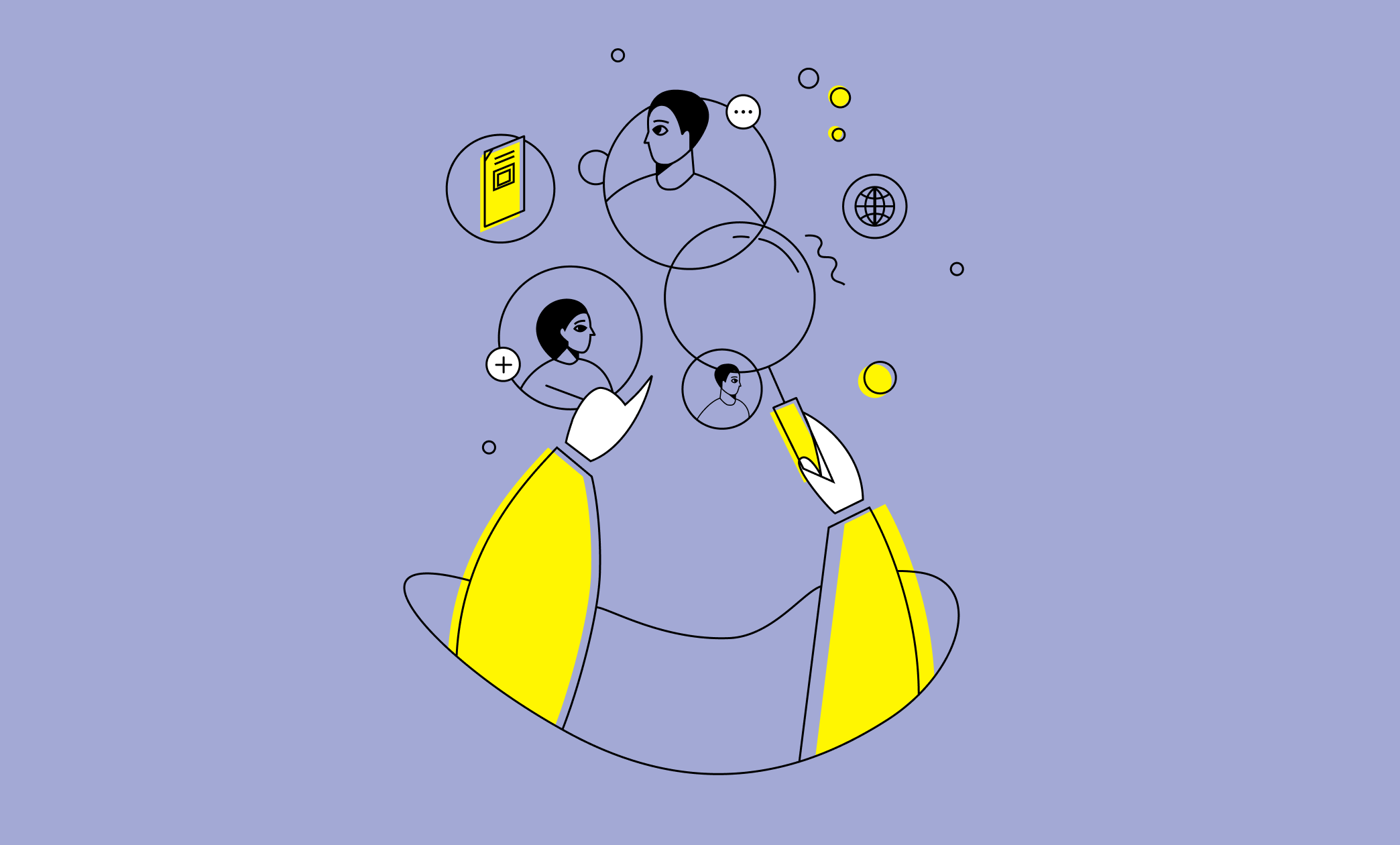 How to Hire UX Designers: Essential Guide from Head Hunting to Interview 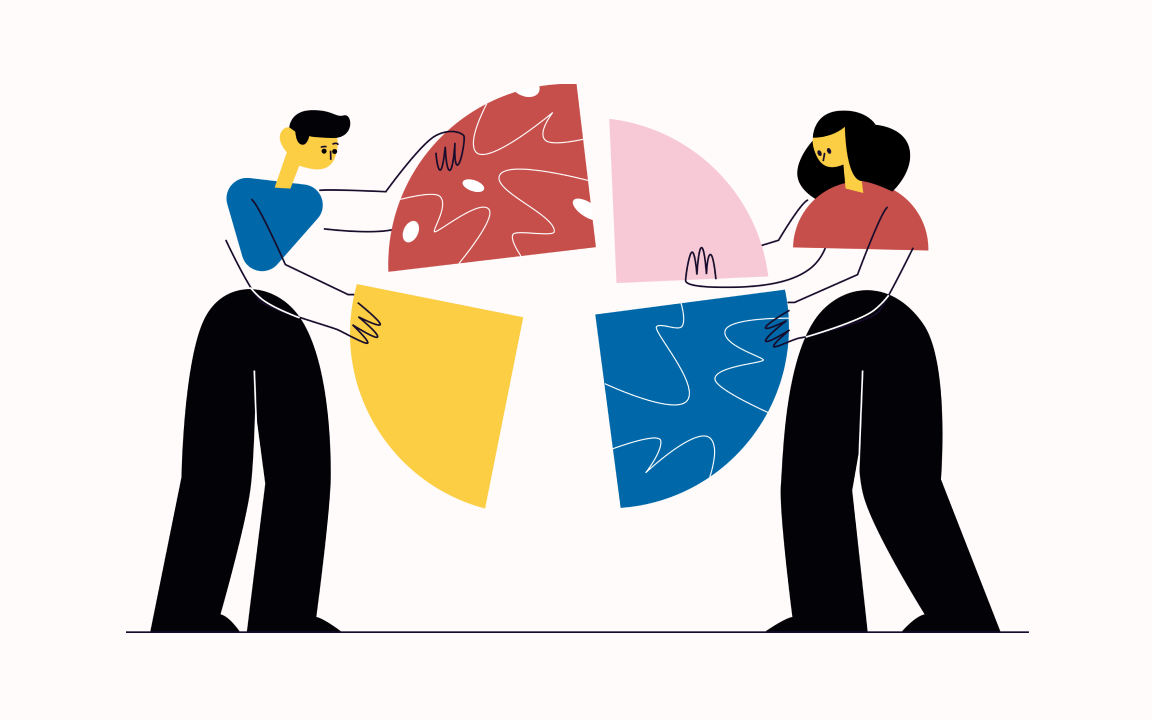